If you take away the visual bodies and leave the sound behind, is it still a dance performance? If you only hear the movements?

Or is it music?

Using pieces of old wood in the forest or left over furnitures in a bar something like a children’s hut appeared. The audience sat or laid down in that room, hidden speakers surrounded them, each person imagining their own performance. Surrounded by the sound of the dance.

A book was left for the once that wanted to share their thoughts and visions. In the end there was as many performances as visitors writing them down.

The dance and sound installation was created in the ruins of the former American radio surveillance towers at Teufelsberg in former West Berlin. The hill was built by the allies after the Second World War from rubble of Berlin during the time the city was rebuilt. The hill covers a Nazi military college designed by Albert Speer and when the allies searched the area for a place to monitor radio signals from the east they found the strongest signals on top of the hill. 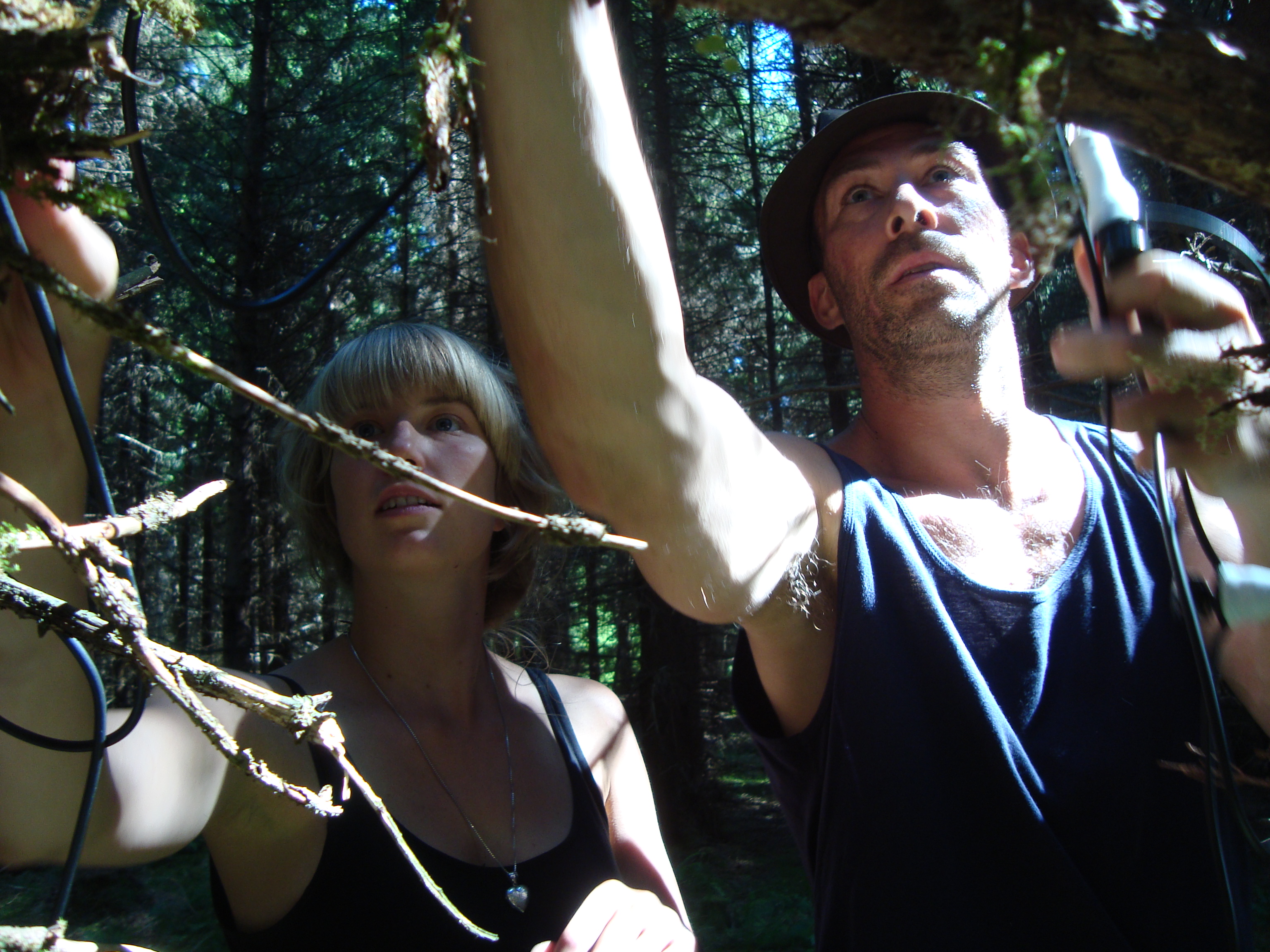 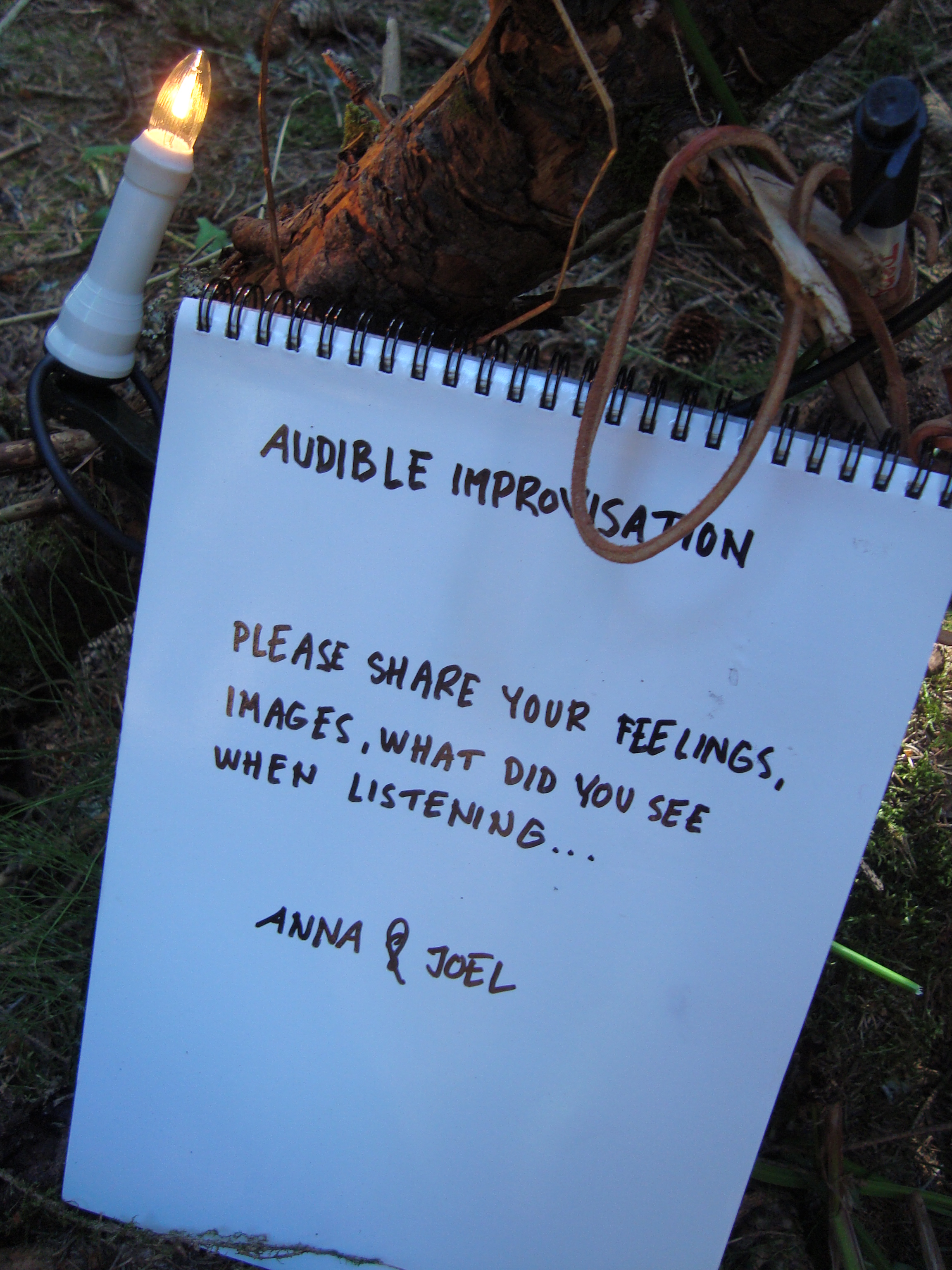